While the social and political environment surrounding the 2020 Presidential election remains sadly divisive, it also provides a surprisingly clear window into the drivers of human behavior. Here are five important things we can learn about ourselves from how this election is unfolding.

1. Basic Human Perceptions Drive Most of Our Behavior

Contrary to conventional wisdom, our willingness to vote for Trump , Biden or any other candidate for President does not derive primarily from their specific policy positions or qualifications.  For instance, our recent study of over 1,500 US adults showed that nearly 70% of willingness to vote for political candidates for President was driven by their general perceptions of each candidate’s “warmth” and “competence”.  By contrast, voter age, income, education and candidate familiarity explain only 10% of voting intent, as shown below.  So while political policies and issues do likely play some role, voting behavior can be reliably predicted from the perceived warmth and competence of each candidate alone.

2. Our Perceptions Are Often Quite Different from Those of Others

Despite decades of exposure to both Trump and Biden, voters have very different warmth and competence perceptions of each candidate, depending on their political party.  In fact, most of us would be surprised at how differently a diverse room full of people would describe the same political debate after viewing it together.  The reason is that we are all members of invisible social, economic and political tribes or social groups that define our identity and filter our perceptions. As a result, we often unwittingly draw conclusions about the warmth and competence of others that are more about our social filters than we realize. 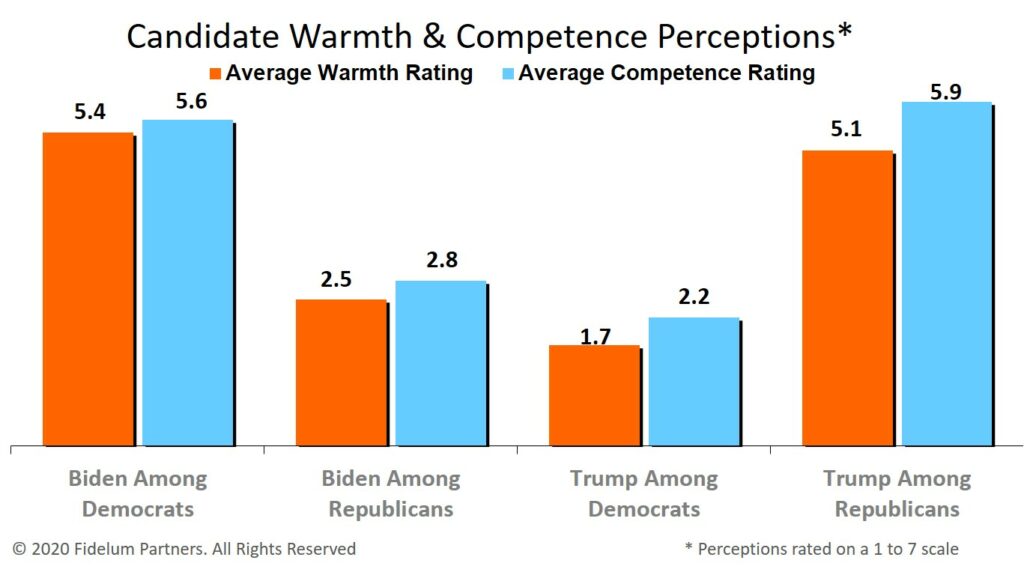 Whether we realize it or not, it’s human nature to assume that people outside our own social group have ill intentions toward us, especially if they are viewed to be members of a rival social group or tribe.  Psychologists refer to this as attribution bias. During evolution, there were many advantages to tribe membership and loyalty that enabled humans to survive harsh conditions and repel rival attacks.  While those primitive survival threats have long since been conquered, our human tendency toward contempt and distrust of outsiders remains.   As a result, our tribal nature frequently creates major barriers to collaboration and social progress.  For instance, consider how much less favorably voters view politicians from the opposing party relative to those in their own. 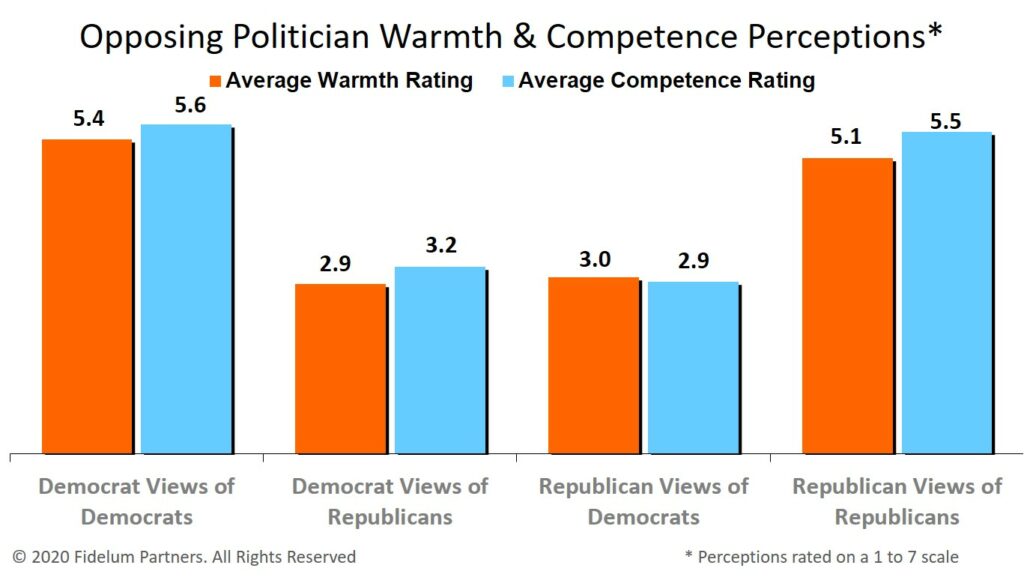 4. We Are Easily Divided by Social Group Loyalty

Once we have aligned ourselves with a particular tribe or social group, it’s relatively easy for manipulative forces to fuel our negative perceptions of outsiders with rhetoric and accusations. These are often designed to cement loyalty to the social group by amplifying potential threats and fueling contempt for rival group members. Once each group has become entrenched in its position, facts and reason are readily dismissed as lies or half-truths created by the enemy.   In the current election environment, this polarization can be illustrated by the widely varying levels of admiration for previous Presidents among partisans. 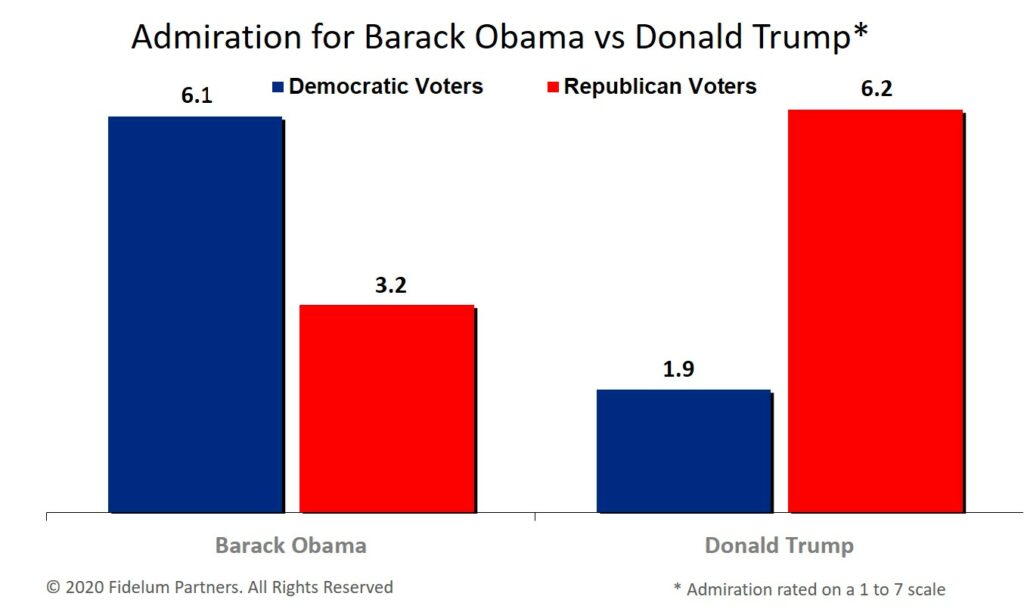 5. Unconditional Loyalty Clouds Our Judgment and Does Us Harm

When our loyalty to a social group is so strong that it becomes unconditional, we lose the ability to think independently and make rational judgments.  Psychologists refer to this as confirmation bias. This is what many young adults in America have observed during the past year.  The discourse has become so partisan, personal and irrational that many now want no part of such a demeaning political process.  In fact, our recent study found that only 28% of U.S. adults aged 18-24 intend to vote in the 2020 Presidential election (down from 41% in our 2016 study), while nearly a quarter of all potential voters are unlikely to do so.  Clearly we are all worse off when this is the case.