As Ecommerce and digital technology have proliferated, the frequency of customers talking with a live person during the sales and product support process has steadily declined.  It seems that conversations with customers have increasingly been deemed an unnecessary expense that should be minimized whenever and wherever possible. The reduced labor and overhead costs of fewer customer conversations can be easily counted, but the resulting impact on customer loyalty and growth are rarely measured or understood.

In fact, the Digital Age has brought us more data and more ways to communicate with customers than ever before, but loyalty is actually lower than ever before.  However, if managed wisely, call centers and call center agents can offer a crucial advantage over purely digital methods of commerce in building lasting loyalty with both customers and employees.  Consider the case of Bill Peart and Nutrisystem. 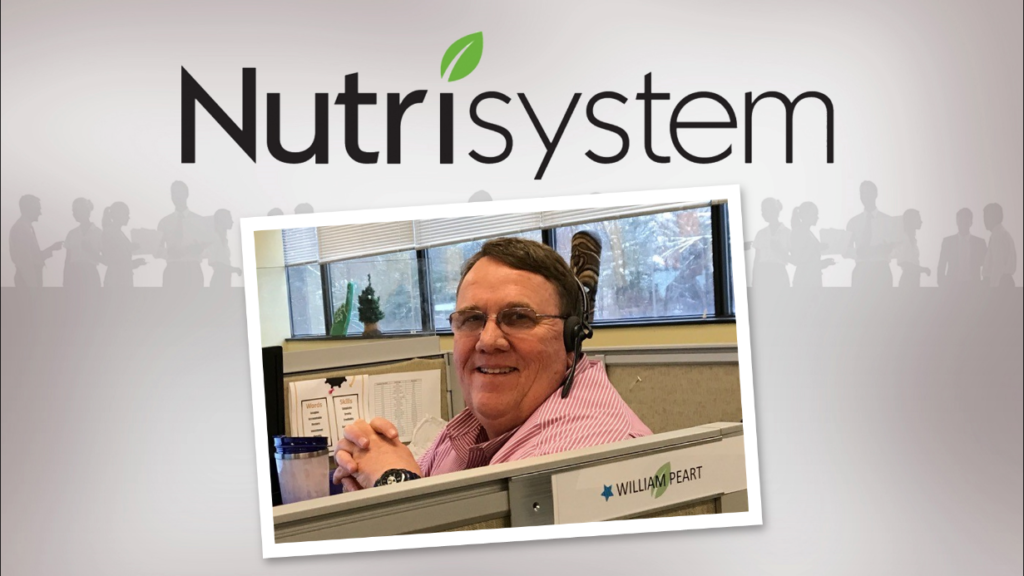 Bill Peart is a call center agent for Nutrisystem in Fort Washington, PA, just outside Philadelphia.  But Bill is a different kind of agent. Bill has worked in call centers in various roles for over 25 years.   He’s always been a high performer and actually advanced to sales management roles at Medical Guardian and Westel.  But a few years ago, Bill decided to retire from managerial responsibilities and go back to doing what he enjoyed most – having meaningful conversations with people every day.  So about two years ago, Bill joined Nutrisystem in a sales agent role.

Bill’s approach is rather unique. When he receives inbound calls, he doesn’t simply process orders or cancellations and then move on to the next call.  Instead, he takes the time to find some common ground with each caller and learn a bit about them. It could be about where they’re located, the sports team they follow or their weight loss goals.  Bill has struggled with weight management himself at times, so he can relate to the challenges faced by many of his customers. In each initial call, he spends time with each customer listening to their concerns, empathizing with them and offering encouragement.

As a result of this approach, not only does Bill have a high sales closing rate, but he has also developed a remarkable following of customers that stay in touch with him!  They send him photos of their progress, offer their appreciation for his support and most importantly, they stay on the Nutrisystem program, which benefits everyone involved!  In short, Bill builds lasting relationships with his customers and the results they enjoy are nothing short of remarkable.

Paul Hauck is one of Bill’s customers from Woodbury, NJ.  Paul first talked with Bill about Nutrisystem in July 2018.  After just four weeks on the program, Paul proudly wrote to Bill to report that he had already lost 34 pounds!  The last line of his note to Bill read, “Thanks for your help in saving my life! I’ll never forget you!” I’m pretty sure words like those have never been used to describe an Ecommerce purchase! 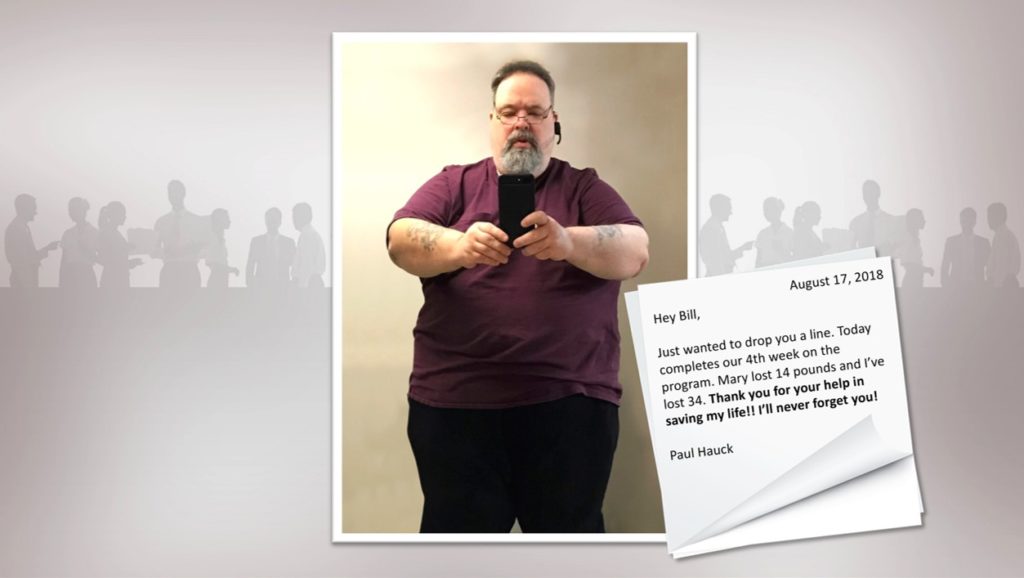 Now, 8 months later, Paul has lost 141 pounds and is more than half way to his target weight.   His most recent note to Bill in February says, “Here is a picture of me today, I haven’t been able to wear this outfit in 5 years, and now the jeans are big on me. :)”  Together, Bill and Nutrisystem have changed Paul’s health and life dramatically. 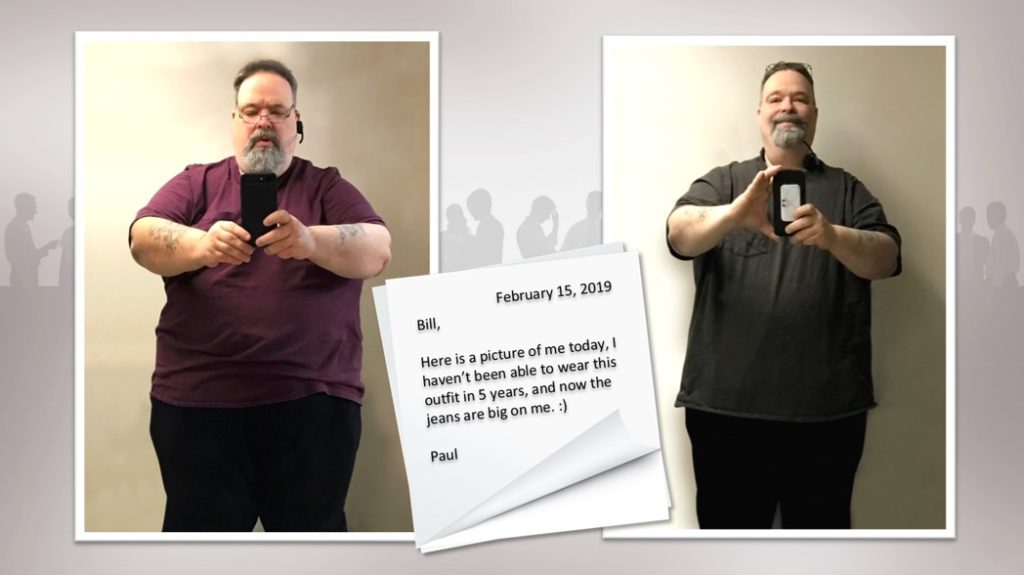 And so I asked Bill, “What’s the secret to your success?”  He said, “Chris, once people know that you genuinely care about them, it changes everything.”  He explained that his goal every day is not to hit a specific sales target, but rather to have 10-15 great conversations with people in which he can show that he cares about them as a person.

As you would expect, Bill’s customers love him and over 20% of his sales come from referrals. His call handle times are a bit higher than the average, but his results are consistently strong and he loves coming to work every day because he’s making a difference in the lives of others.  Senior leaders at Nutrisystem are equally enthusiastic about the impact Bill has on his customers.

“As a mission-driven company, we strive to make genuine connections with each and every one of our customers,” said Bill MacBride, SVP, Contact Center Operations of Tivity Health, which recently acquired Nutrisystem. “Agents like Bill Peart really exemplify what it means to come to work and change people’s lives. Stories like Paul Hauck’s are amazing and they inspire us to continue the work we do day in and day out.”

Mundane tasks can be performed ably by computers or robots, but genuine warmth and compassion can only be conveyed by humans, and that won’t be changing anytime soon.

And that’s really the essence of why call center agents can offer such a valuable loyalty advantage if they are recruited, managed and motivated to connect and demonstrate genuine concern for customers.  So while many mundane tasks can be performed ably by computers, algorithms or robots, genuine warmth, empathy and compassion for customers can only be conveyed by humans, and that won’t be changing anytime soon.

So the next time your business or organization considers using Ecommerce, marketing automation, artificial intelligence or a mobile app to replace meaningful conversations with customers, be sure to also carefully measure how doing so will impact loyalty and sales growth.  Many companies have found that those modest reductions in labor and overhead expenses end up costing them a lot more in customer and employee loyalty than they ever imagined.