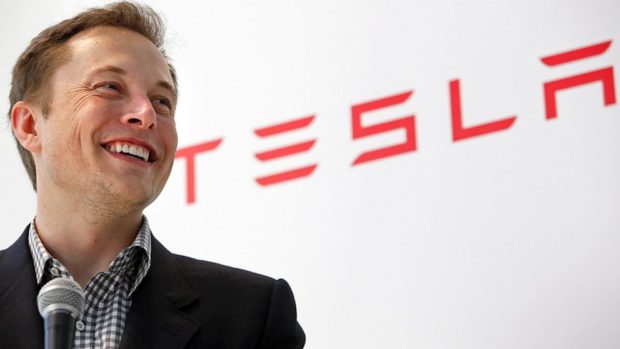 While flipping through an issue of Popular Science magazine in March 2008, Ryan Casburn was intrigued by a brief article about the Tesla Motors Roadster, which was about to begin production.  As an 11 year-old middle school student, he was still a long way from operating a motor vehicle, but Tesla’s all-electric super-car became fixed in his imagination.  Over the coming years, Ryan continued to follow Tesla’s progress with great interest and along the way, he began saving money to eventually buy a car of his own.

Now as a 19 year-old civil engineering student at the University of Florida, Ryan is closing in on the purchase of his first car.  With plans to graduate in December 2017, he’s put down $1,000 of his hard earned savings as a deposit on Tesla’s latest creation, the Model 3 sedan, hoping to purchase it as a graduation gift to himself.  “I’m pretty excited about it”, says Casburn.  Ryan is just one of about 400,000 Tesla fans that recently placed pre-orders for the Model 3, in an unprecedented display of the company’s appeal. Since its founding in 2003, Tesla Motors has grown to become the world’s second largest producer of fully electric cars, behind only Nissan.  Along the way, Tesla has not only reinvented the way passengers cars are designed, produced, sold and maintained, but has also achieved unprecedented customer loyalty and demand.  Despite heavy investments in vehicle design, battery development and automated manufacturing, Tesla has managed to grow to over $4 billion in annual revenue and over $30 billion in market capitalization without any meaningful spending on advertising or marketing.

This remarkable growth has been due largely to the unprecedented loyalty of Tesla customers and the new car buyers they refer to the company each year.    In fact, Tesla enjoys a Net Promoter Score (a widely used measure of customer loyalty) of 96.6 out of a possible 100, meaning that nearly all previous customers would very strongly recommend the brand to others.  That’s more than double the rate of other major automotive brands such as Mercedes-Benz (39), BMW (40), Toyota (33) and Ford (28).

How has Tesla inspired such a passionate following?  CEO, Elon Musk shed new light on the company’s loyalty success when he happened to cross paths with Ryan Casburn on Twitter recently.  Since Ryan has been working hard to save for his Model 3 purchase, he’s especially interested in benefiting from the Federal tax credit for electric vehicles.  However, that tax credit could be reduced by half right around the time Ryan graduates if Tesla reaches 200,000 vehicles before the end of 2017.  So quite logically, Ryan tweeted to Musk inquiring about the Model 3 shipment schedule.

Musk promptly replied, “We always try to maximize customer happiness even if that means a revenue shortfall in a quarter. Loyalty begets loyalty.”  His point was that Tesla would ship fewer vehicles in 2017 so that more customers could qualify for the Federal tax credit in early 2018, despite that it could cause the company to miss its Q4 earnings forecast.   It was a just one of many compelling examples of how Tesla puts the best interests of its customers ahead of its own in the short-term.  By repeatedly showing loyalty to them first, Tesla’s customers become fiercely loyal and enthusiastic supporters that propel its growth without the need for expensive marketing campaigns or promotional discounts.